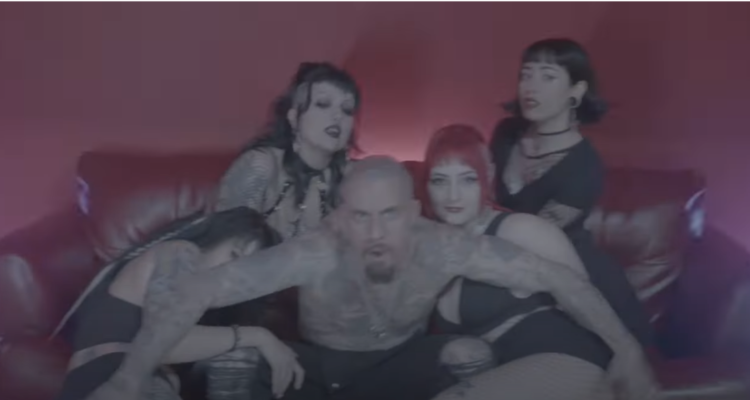 After releasing countless singles, music videos, and street releases, New Jersey‘s rising star, Wes Nihil, sensed it was time to “Take It There” teaming up with producer extraordinaire Stu Bangas and Grammy Award-Winning producer/songwriter/engineer Don Cheegro.  Having worked with notable artists such as Ludacris, Beanie Sigel, Chris Brown, Fantasia, Lil Wayne, and 50 Cent, Cheegro has helped co-produce some of Wes’s best work to date with this five-song action-packed EP “Wicked Life Of Crime”. The EP’s title is inspired by the HBO documentary “Life Of Crime”, which revolves around the drug and crime-infested block of South Street, Newark, New Jersey, where Wes came up.

“Take It There” is the second music video off of Wes Nihil’s new EP and is a perfect window into Wes’s world of hustling music and merch with his team of villainous, strong women.  Arsnn of Visual Monsterz filmed the visuals with assistance from Jason Gory and John L of All I Know Is Goon edited the final cut displaying Wes Nihil’s woman-wolfpack hustling for their general. The Stu Bangas produced backdrop swings like a pendulum, hypnotizing listeners while Wes spells out how he operates.  When asked about “Take It There”, Wes Nihil stated, “The song really represents what I have been doing my whole life.  I have always had to hustle to survive and play for keeps.  This isn’t a game to me.”

Wes Nihil’s “Wicked Life Of Crime” EP is OUT NOW on CD and all major streaming platforms, and features guest appearances by Pacewon of the Outsidaz, Goretex of Non Phixion, Bersurke, Chubs, and Tone Spliff.  Merch Bundles including the CD, t-shirt, patch, and stickers are available for purchase here: Wes Nihil wicked life of crime merch bundle