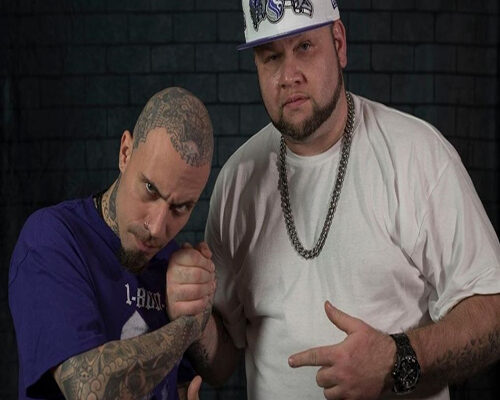 Some say the only way to defeat the darkness is to become the light, turning lemons into lemonade. New Jersey bar-spitter, Wes Nihil, prides himself in transforming hard times into therapeutic rhymes that become alchemic vehicles driving full speed ahead to brighter days. Even during an almost year long dark and depressing Covid-19 pandemic, Wes has found a way to rise above these grim uncertain times releasing 6 music videos en-route to the release of his forthcoming EP “The Wes Side Story”. Even global hip hop celebrity and superstar, Snoop Dogg, has shed light on Wes Nihil’s infectious aura and spit-game when he recently re-posted one of the Jersey rapper’s Instagram videos to his 55 million followers (https://www.instagram.com/p/CJHfMuhFF… ). The minute long video captures an impromptu Wes Nihil performance in a random Walmart parking lot, spreading joyful vibes, while shoppers scrambled to handle their last minute holiday shopping.

On Wes Nihil’s new single/video, “Shadows of Light”, Wes enlists fellow Garden State wordsmith Pryme Prolifik to hammer home his upcoming EP’s message of positivity. The John L directed video is driven by vintage black & white cartoons that bring each lyric to life while bundles of metaphors hypnotically float over the mesmerizing Bersurke produced soundscape. When speaking of “Shadows of Light”, Wes declared, “I will not allow myself to get swallowed up by darkness. I have chose to fight the shadows with light. I have learned the best way to fight hate is with love.” Pryme Prolifik added, “We are all about positive vibrations over here. Energy, whether positive or negative is highly contagious. This song is a reminder to always be the light in a world that so often seems to be flooded with darkness.”

“Shadows of Light” is featured on Wes Nihil’s “The Wes Side Story” EP which will be available on all major streaming platforms the first week of January with additional guest appearances from Pacewon (Outsidaz) and Bersurke. In conjunction with the EP’s digital release, Wes Nihil will also be releasing a limited edition “The Wes Side Story” CD along with a winter line of merch consisting of hoodies, beanies and long sleeve T’s that can be purchased from him directly via his Instagram account: @Wes_Nihil. or at https://crimsontwins.bigcartel.com/