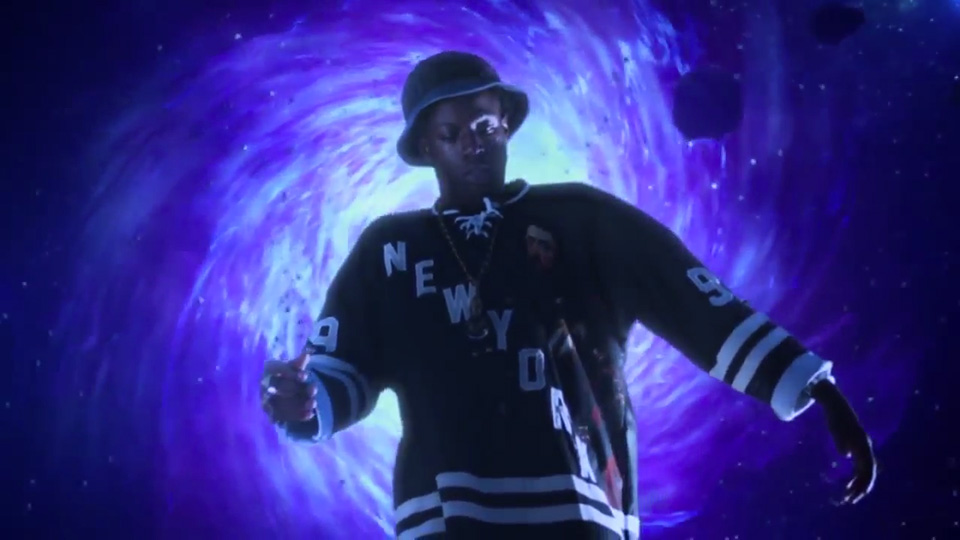 Joey Bada$$ reminds me of  Buckshot and the Boot Camp Click that Brooklyn Boom Bap. When I play  a Joey track it takes me back to the 90’s . It’s weird that a young man like joey can  create music that reflects to the golden era of hip hop.  Remember when “Black Moon” and “Smith and Wesson” was out there strong in the 90’s and you was just bouncing to that boom bap with your radio chilling with your boys? His flows are raw and his style  brings me back. WE all complain that Hip Hop music is not the same and the commercialism has taking over so strong that every song is so over saturated with nothing as a message. We live in a world where the radio stations constantly play monotonous music over and over to brainwash you into thinking  its a dope track. I feel that “Christ Conscious” is basically a track to make you think about these things. It’s all about constant elevation and in our society we are not allowed to elevate musically. This is why  certain music is constantly played and represents what we hate to call actual hip hop. I can truly support “Joey Bada$$ because he doesn’t sound like every other artist out there not caring about their substance or being reflective. In my Opinion I feel Joey needs to join Duck Down and be part of that movement it would be awesome to have someone from the younger generation represent them.  This particular single brings enlightenment of hip hop and his videos effects clearly show a hip hop conscious that has elevated  even with the world against him.

I heard his entire album and it is a album that true hip hop fans should buy. Please support the artist and don’t download the bootleg. You can see he is not looking for fame or money he is in it for the love of hip hop . If he wasn’t then he would be rappin about the same crap everybody else does on the radio. My point is don’t complain about hip hop is misrepresented if you are not willing to show true support.

Willy Knox gives this single a: