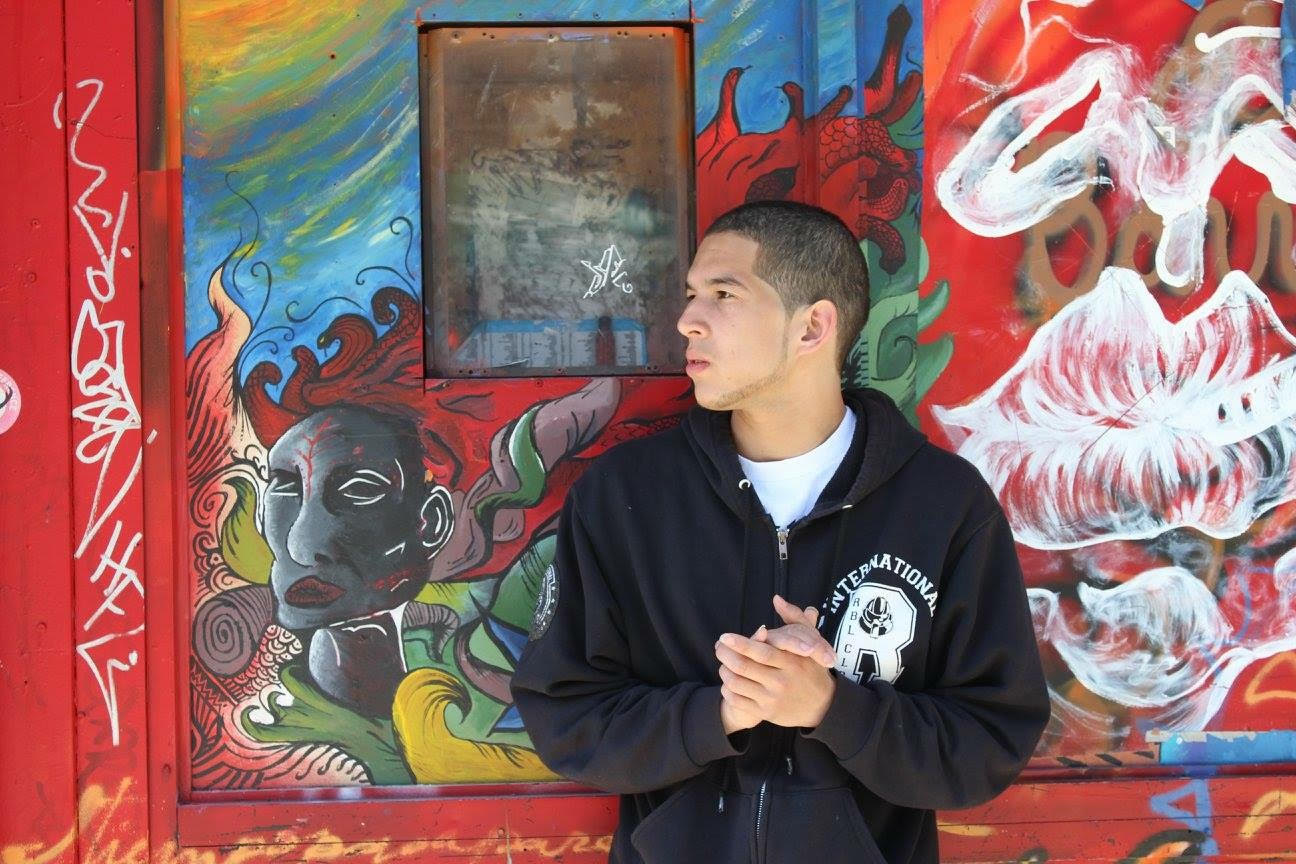 [TUHH] Tell us about yourself. Name? Where are you from? What kind of music you create?

Stoop Rebel Murda : Stoop Rebel Murda born in Manhattan, New York raised in Virginia To sum up my music to me it is righteous minded / revolutionary music that brings you threw real life aspects with spiritual guidance.
[TUHH] How did you get started in music?
Stoop Rebel Murda: Basically how it all started for me was just being young and always told myself that’s what I wanted to do in the future even when I wasn’t making music . Then growing up dealing with trials and tribulations it came to the point where it was go for music , run the streets, or just settle in life and what I believe in is bigger then ever settling that’s a career killer!
[TUHH] How did the Hip Hop I Am album come about?
Stoop Rebel Murda: The legend himself Supreme put this together . Couldn’t be more grateful I’m a big sunz of man  and Killarmy fan and been following his current career and soon as I seen him post a video on YouTube about putting the compilation together I reached out… The rest is literally history
[TUHH] What was the vision for your song on the ” HIP HOP I AM ” album? What was the title? Why did you choose that title?
Stoop Rebel Murda: THE VISION FOR MY TRACK ” Righteous Mindz” was Basicly making a statement .the first verse is stamping my name dropping gems and letting people know and understand we are living on our last days and to be prepared to fight for what you believe in or there will be no revolution and musically I’m here to bring that voice to uplift n relate to the masses. The second verse brings you threw different aspects of life and core values of the unconscious minds out in the world!
[TUHH] What is your favorite part of creating music or performing?
Stoop Rebel Murda : Just the energy itself and power of creation I love bout this music . Everything I write is like building chambers walking threw dimensions and just losing yourself and being free through music.
[TUHH] Where do you get your inspiration from?
Stoop Rebel Murda : through living and day to day revelations and knowledge thats my push . Surpassing doubt !
[TUHH] What are some of the highlights from the past year for you? What’s in store for 2016?
Stoop Rebel Murda : This is the highlight .. Working with su-preme was something on my bucket list before reaching out and when the “Righteous MINDZ” video drops Yall will finally see the beginning to a new energy out here !! Me and preme are working on some beautiful things for true HIP HOP HEADS ONLY!! BE ON THE LOOK OUT!
[TUHH] If you had to pick your top 5 ‘coolest things in the world’, what would they be? (can be music related… or not)
Stoop Rebel Murda : 5 coolest thing
1.The struggle witch molds people to stay on top and not drown under and become stronger wheather u want to or not !! You ain’t nttn till you go threw something for real.
2. The hustle/grind makes you understand what it is to be independent
3. Good energy and company
4. Music from the 90s
5. Knowledge of self
I’m not really a cool guy I’m just about music, morals , and good vibes
[TUHH] Who is your favorite or most loyal fans?
Stoop Rebel Murda : Most loyal fans is my day one homies that know my story and my family and all true hip hop heads out there.
[TUHH] What is one thing you’ve learned during your career in music? Any advice for people starting out in the industry?
Stoop Rebel Murda : ITS ALL ABOUT PATIENCE STAYING TRUE AND BEING PURE WITH YOUR CRAFT AND ALWAYS RESPECT THE ONES WHO PAVED THE WAY SHOUTS OUT THE OG SU-PREME FOR HIS IMPACT IN THE GAME N ACKNOWLEDGING YA BOY MURDA
[TUHH] Anything else we should know about you?
Stoop Rebel Murda :
THIS IS ONLY MY FIRST STEP REMEMBER THE NAME STOOP REBEL MURDA THE MOVEMENT REBEL KARTEL WE REPRESENT EVERYTHING RIGHTEOUS .. BE ON THE LOOK OUT FOR THE RIGHTEOUS MINDZ  VIDEO AND HIP HOP I AM ALBUM IS OUT NOW DIGITALLY EVERYWHERE !!
AND SHOUT OUT MY BROS JJ ,WOOZY ,GEW , EASY , TERRANCE , Keith AND ALL THE HOMIES AND THE FAMILYS BEHIND US .. THE YOUTH HAS SPOKEN AND THE REVOLUTION WILL BE RIGHT HERE!!
[TUHH] Where can your fans find you on the web? (social media/website links) Artist Answer :
Twitter
https://twitter.com/stooprebel (@stooprebel)
Facebook
https://www.facebook.com/pages/Stoop-Rebel-Murda-Rebel-KartelRighteous-Mindz/500675196747071
YouTube channel
https://youtu.be/Szl97cpWNDM