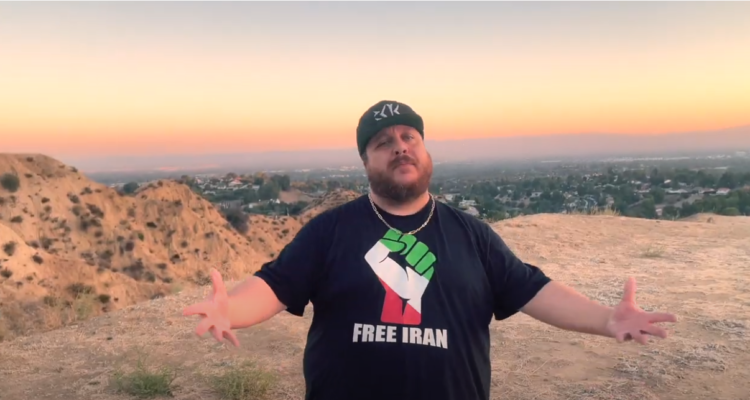 Based out of Los Angeles CA, Iranian American emcee Weapon X presents his latest single and video “Azadi”.  Titled after the Persian word for Freedom, “Azadi” is dedicated to the memories of Mahsa Amini, Hadis Najafi, and the many others unjustly slain by the Iranian Government. Driven by an emotional beat utilizing a traditional Persian Sitar, Weapon X depicts the current struggles of the Iranian people in their fight to overthrow the Islamic Republic and gain their freedom.

The accompanying video shot and directed by Shaheen Samadi consists of footage leaked from within Iran as well as protests across the world by the Iranian diaspora and is meant to raise awareness of the crimes and atrocities committed against the people by the Islamic Republic and outside militia forces. Despite its seemingly melancholic tone, Weapon X still manages to shine through with a hopeful message for the Iranian people of better days to come.