Detroit’s grittiest producer, Apollo Brown, is back with blue collar rhyme writers Red Pill (Detroit) & Verbal Kent (Chicago).  The new story lays bare the kind of truth that makes art great.  Pill dives into family that left him behind while Verbal digs into forgiving the man who tried to kill him, the ex who tried to kill herself, and the friend who broke in.  Director Andy “Orange Cap” Miller adds his own unique vision including a surprise epiphany at the end. Raw, honest, and profound.  Ugly Heroes 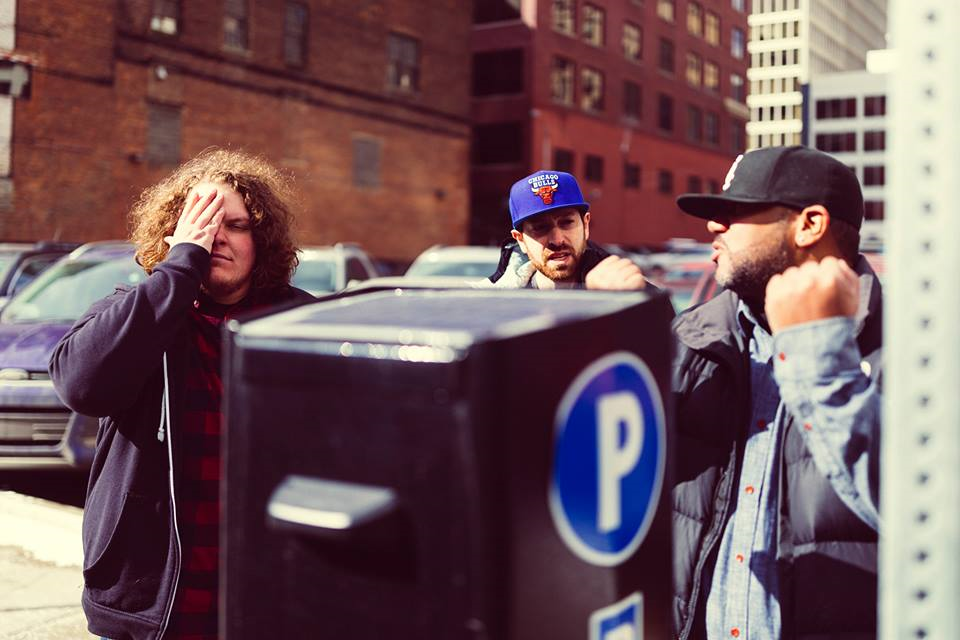 About the album
Few things are more ugly or heroic than telling the truth. Life is often bleak, brutal, and over all too swiftly. Leaders are corrupt. Job prospects are limited. Cigarettes and shots of gin rarely lead to a peaceful finish. But between the lunacy and squalor, there exists those who make it all worthwhile: family, friends, and ruthlessly honest artists who remind you that you aren’t alone, shedding light on those dark nights of the soul.

As Michigan’s anti-Surgeon General, Red Pill quips: “We may not be the heroes this world needs, we’re definitely not the heroes this world wants, but at least we’re here.” His partners in Ugly Heroes are Chicago MC Verbal Kent, and Detroit producer Apollo Brown. Their sophomore Mello Music Group release, Everything In Between, offers diamonds of wisdom amidst the existential dumpster fire.

It’s been said that if you go down deep enough, past the personal, you eventually reach the universal. Ugly Heroes embody that axiom, unraveling their own stories, self-doubts, and bouts with depression to arrive at something as profound as it is vulnerable. Apollo Brown warps soul music and bayonet-hard drums, creating a singular form of soul-coughing dirty-sky symphonies. Levitating boom-bap for the 21st Century.

The back-and-forth distills the questions at the core of the record: What will my future look like? How can I repair myself? What gives my life meaning? What do we do in a world where the right answers are frequently hidden and the wrong answers are all too obvious?

Red Pill, Verbal Kent, and Apollo Brown refuse to offer simple solutions, but instead created a life-affirming record with a dark undercurrent. Red Pill calls us “rational cattle” one moment, while Verbal half-jokingly insists on the importance of “grabbing the bull by its arms” in the next. They’re artists and brothers and fathers grappling with the impossible: how to extend the good moments indefinitely, how to eradicate the bad ones to protect themselves and the ones they love.

They might harbor the suspicion that the past, present, and future might all be the same, but they understand that acts of heroism are often found in minor gestures. In a frivolous world, Ugly Heroes prove that talent will always reign supreme and honesty can never become obsolete.