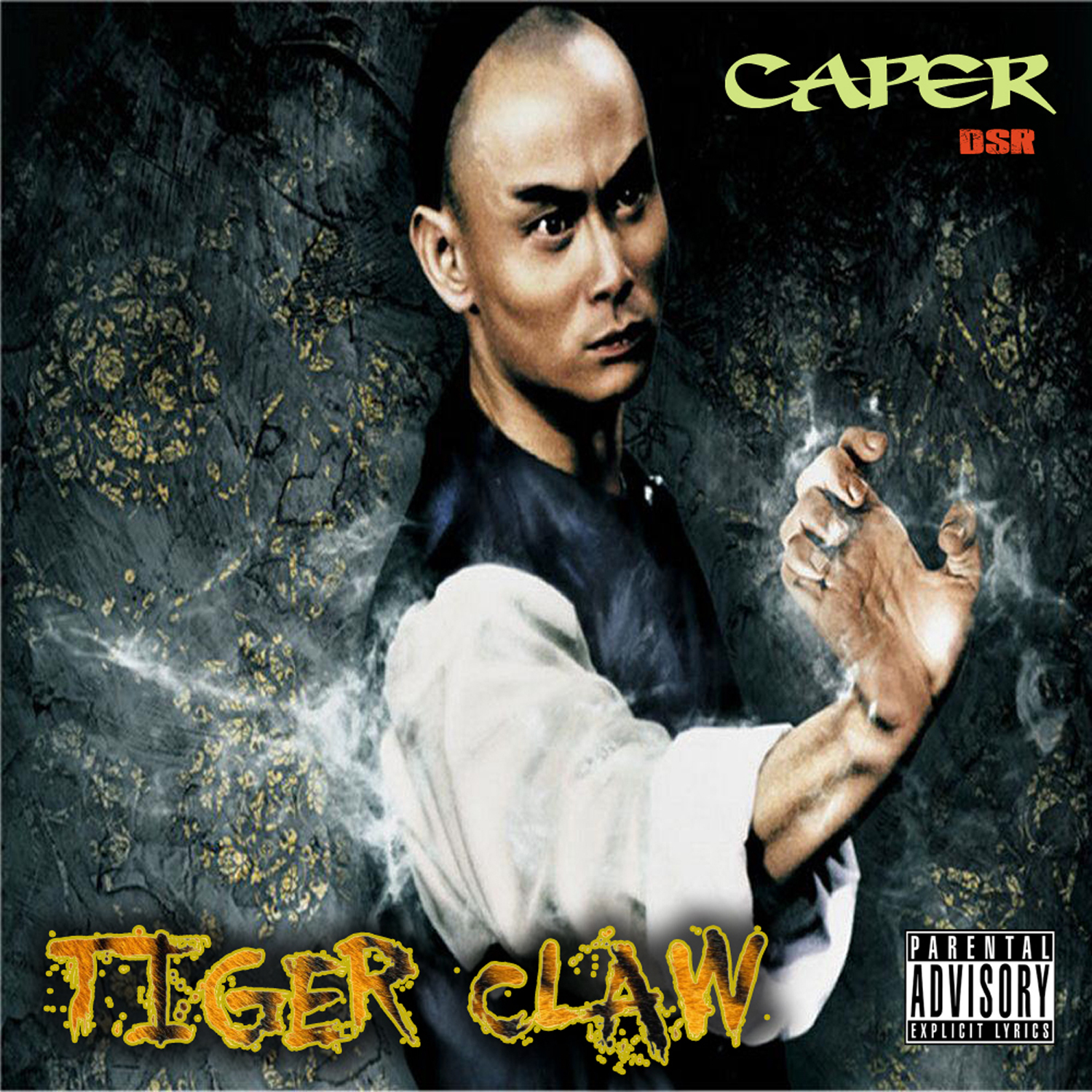 TIGER CLAW: CAPER DOES IT AGAIN

Today caper released his newest album “Tiger Claw” fully produced by Darkstarz Records in house producer “Clanarchy” . Its a 10 track album filled with dope kung fu lyrical hip hop. It features artists Maximus Da Mantis, Saunt, Graveyard Shifter, No Ordinary, Jigsaw, Portarok, Kraze Canbee,Sinista, Automatik Greatness, Grand Surgeon & Redd Rebel. Tiger claw adds to caper’s kung fu hip hop series such as “The Hidden Hand Technique” and  “The Buddha Palm Technique”. The raw unique production by “Clanarchy” sets a standard for this album. Every lyrical emcee on this album exploded with intense energy to deliver their verses to the world. None of the beats sound generic and bring forth their own energies to hypnotize the listener to replay it again and again. It has a 90’s golden era feel while the aura is futuristic but don’t get it twisted it’s not called “Tiger Claw” for nothing. Tracks like “Ten Tigers” is an ultimate posse cut while Caper manifests the spirit of the tiger in his voice in such songs as “Tiger Style”, “Evil Masterz” and “Vicious Clawz”.


Yet you can take a deep listen to “Trojan Horse” and “No Fear” you can hear caper really digging deep into thoughts and manifesting today’s realities into lyrical stories of sharpness. These particular songs add a unique touch because when we think of a tiger we assume fierce power but forget tigers also have a small dose of gentleness. What I also noticed is that the features aren’t the regular “DSR” features we all got use to. But instead caper enlisted some dope emcee’s from other camps and creating a new presence.  It was very unexpected and once I had a chance to look at the track listings I was curious on how everyone sounded together on these masterful tracks. in my own opinion this is a great album and very much needed.