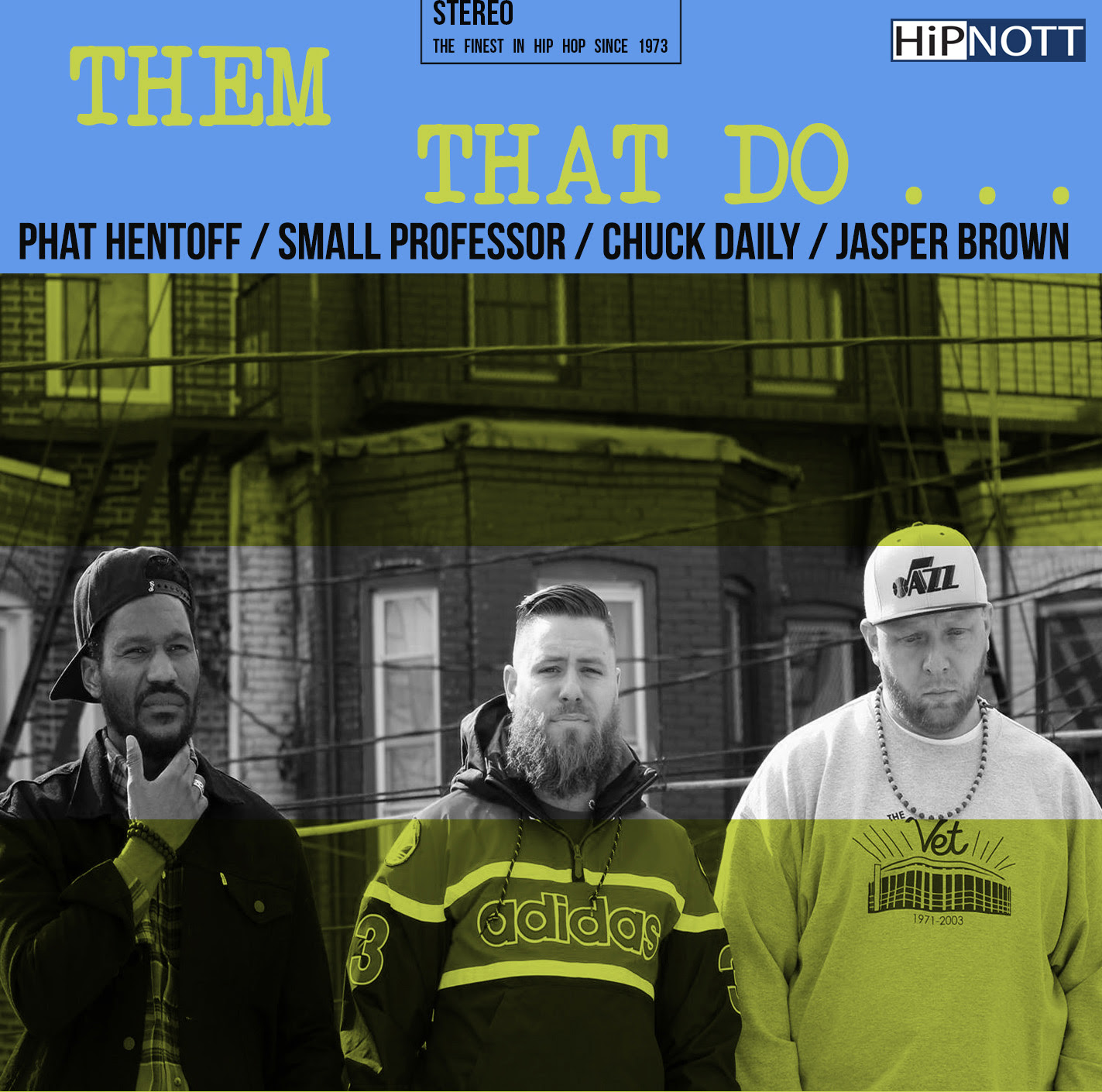 Them That Do: Arrowheads (feat. Muhsinah)

Them That Do….. and you’re damn right. “Do” was the right verbiage chosen to represent this group made up of 3 emcees (Phat Hentoff, Jasper Brown, and Chuck Daily) and a beatmaker/producer (Small Professor). Yes, we live in a digital age where collaborations need not occur on a face-to­‐face basis, but when they do, it’s quite special. It takes effort for grown men, each with their own individual aims, aspirations, families, and livings to make, to assemble collectively, build with each other, and create music. Songs don’t build themselves and writers don’t all relate to each other, which is what makes the cohesiveness of this unit stand out. Jazz samples and dusty breaks forge the sonic scenery across the length of their upcoming debut album, albeit with a sense of modernity, simply “being”, as opposed to “trying to be”.

For the first single, “Arrowheads”, Them That Do team up with Grammy nominated singer/producer Muhsinah. Check it out and pre-order the album now (Digital, Compact Disc, and Cassette), which drops on January 15th.

ABOUT THEM THAT DO

Responsible for corralling all of the groups components, Phat Hentoff (formerly, MDA, short for Mellow Drum Addict), of Lancaster, PA, has been putting together quality projects with proficiency over the last ten years, a la Dante Ross, only that he is the artist, as well along with being the web that connects many talented individuals. It’s worth taking note how his melodic vocal stylings seem always to fit just right over the jazz sample-­‐laden backdrops heard throughout the album, adding another dimension to the sound between 2 other emcees. Jasper Brown, hailing from the Washington D.C., is also a veteran master of the ceremonies. From first listen, Jasper strikes you as an artist with a unique voice and signature rhyme pattern which never seems to grow tired, always finding a way to nestle within the music, without sacrificing content. Each verse has a clear and concise point, as if he were speaking directly to the listener, which isn’t surprising when one learns that he is the son of a preacher. Rounding out the trio of vocalists is Chuck Daily, coming from Lancaster, PA. The youngest member of the group, he effortlessly displays the ability to truly get right to the crux of things, not only with the words he chooses, but with an understanding of how tone of voice can convey messages that words cannot.

The group’s producer, Small Professor, comes to us from Philadelphia, PA. He possesses a fluidity in his production techniques that allows samples which have been chopped up to be laid back out without sounding “frenzied”, and that compliments the vibe of the album beautifully. Small Pro also has a knack for picking just the right breaks to build the foundation beneath each sample.With “Them That Do”, there is an overarching sense of clarity which allows the listener to at once be engaged, but not overcome, by all of the elements which combined to create the listening experience. Featuring appearances by Georgia Anne Muldrow, Muhsinah, Jahdan Blakkamoore, John Robinson, and Miles Bonny, amongst others, we are met with a finished product which highlights the diversity of the human experience through words and sounds, and allows us to see (or hear, rather) the peace within it all.

CONNECT WITH  THEM THAT DO