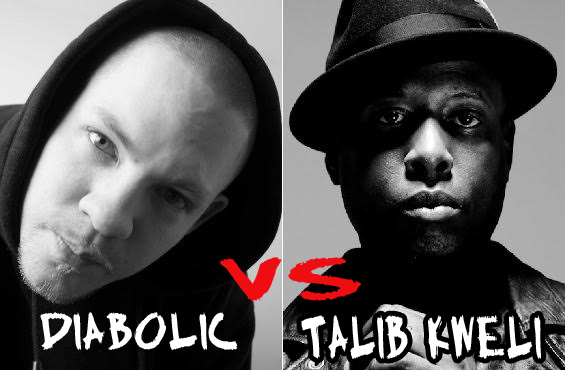 Hip hop is about battles and we didn’t see this one coming. The situation started on twitter back in April, Talib Kweli and Diabolic exchanged disses. Diabolic blasted the Black Star rapper over his analysis of the question, “If a white rapper asks a black rapper if he’s pro black racist or both, he’s saying I’m racist for being problack,” which was a response to Wu-Tang rapper Remedy. Remedy, who is White, called Kweli racist. Talib called Diabolic a “Bitch” and after that it was a wrap. Diabolic dropped the first diss track titled “IneKwelity” and in less then 24 hours Talib fired back with “You Tried It” . Below you can listen to both tracks. Who won this hip hop battle? Diabolic or Talib Kweli ?

Click On the Photo to Vote for the Winner