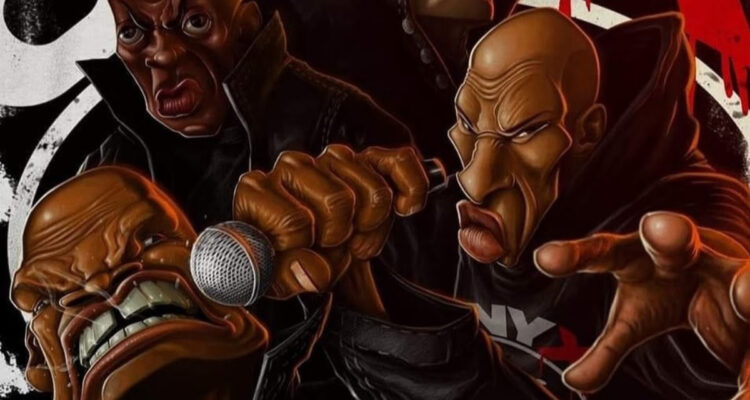 Onyx is talking it back to“1993” with the new album produced by Stasevich from Ukraine. This sound brings back that“1993” vibe in Hip Hop when bald-heads and timberland boots can be seen on every street corner.

After releasing“Bo! Bo! Bo!” the first single from the album “1993” Onyx is back with bad intentions on the second single and visual “Ruff & Rugged”.

Sticky Fingaz and Fredro Starr are up to no good as they scream on the mic with that grimey flow from the first album “BACDAFUCUP” released in“1993“.

With bangers like “Fight Da Power” they take the classic from Public Enemy and flip into their own grimey landscape of the United States Ghetto.  The Joint “Just Slam” will have rap fans slam dancing for another twenty years as Onyx carries on their tradition from the classic record “Slam”. Onyx rhymes are super grimey but the track has a good feeling. The joint “RuffNeck” makes your face turn mad as soon as you hear it!

The production from Stasevich is definitely taking it back to “1993” as he samples most of the rap artist in the early 90s. Even though original Onyx member Sonsee does not appear on “1993” on the joint“Heads up” there is a classic Sonsee sample as used in Jeru the Damager’s“Come Clean”.

“1993“ was recorded in one day with no written raps, the album sounds like one long record to keep the consistency of the “1993“ vibe. Just pop in the cassette and get ready to Slam!

Proceeds from “1993” will go to help support Ukraine in their time of need.

From the New Album ‘1993’ Produced by Stasevich