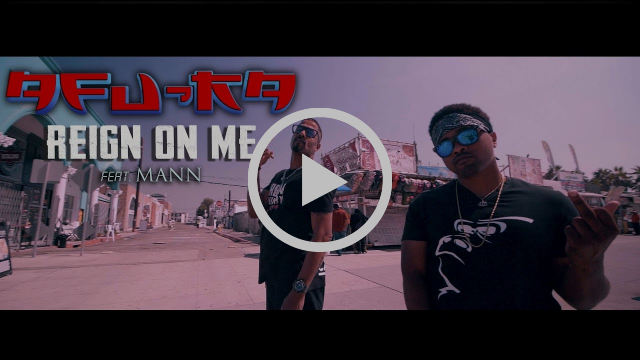 Take a trip to Los Angeles with rap veteran Afu-Ra and the city’s own Mann in the beautifully shot new video for Reign On Me, a powerful single off Afu’s much anticipated Urban Chemistry LP.

Lyrically, the track plays like a giant middle-finger to the haters, doubters, politicians, and just about anyone getting in the way of either artist. Their combined energy is palpable as they spit lyrical jabs at their opponents and enjoy a break from the hardships of modern life in the sunshine of L.A. and the nearby Mojave Desert. And then there’s the stylish direction from Castaka Pictures, whose cinematic touches take the whole experience to another level.

More than just visually striking, Reign On Me also hits particularly hard thanks to the production from French duo Digital Cut. Their room-filling instrumental is a great fit for Afu and Mann’s embattled rhymes, and it further exemplifies exactly why Afu and Digital Cut continue to work together over the years. Something truly special happens when they collaborate, and Reign On Me proves exactly that.

Check out the visuals and head over to your preferred digital retailer to pre-order Afu’s sixth studio LP, Urban Chemistry, due out Feb. 28th via X-Ray Production.