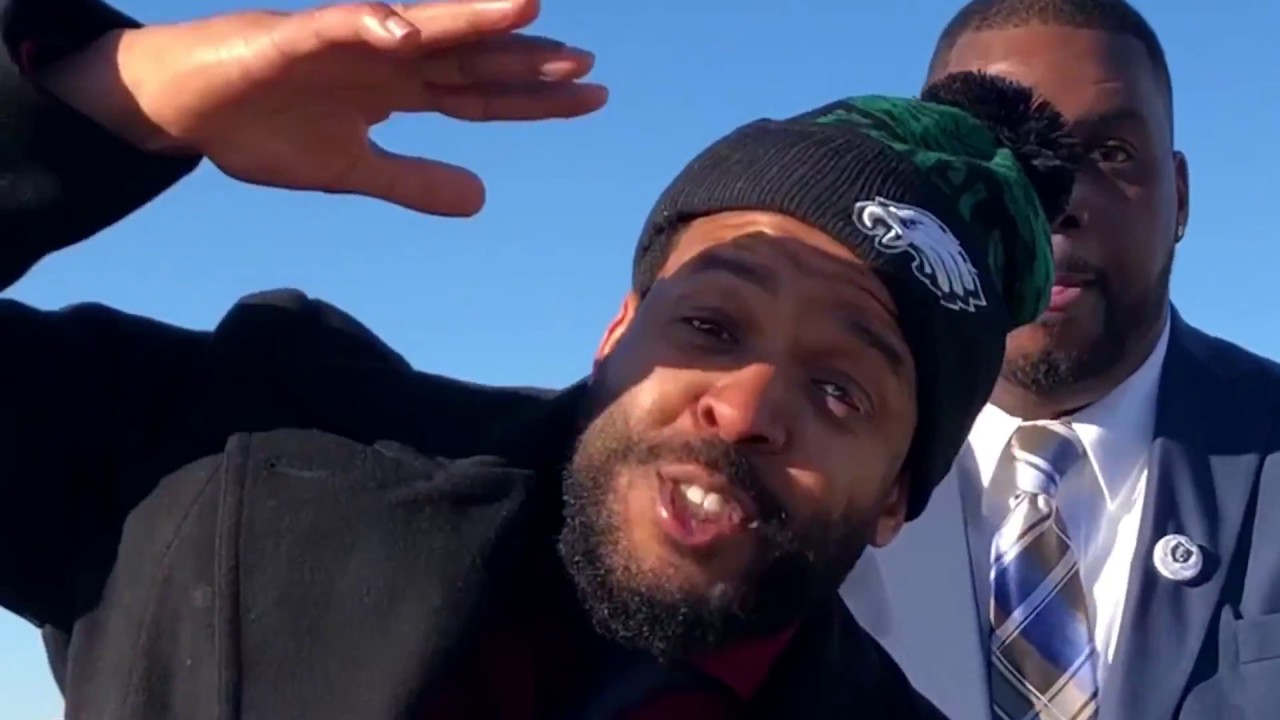 Tribeca-Grand documents the story of their hustle in the newly released music video for “NY-PHI” as the song debuts at Number 30 on the RapAttackLives.com Top Thirty College Rap Radio chart.

Member Grand Agent (@JaredLeeTaylor) explains the concept of the song that samples Digable Planets’ “Rebirth of Slick (Cool Like That)” and interpolates Boyz II Men’s “Motownphilly.” “We just wanted people to get a first look at us as a group, so you see us working out, practicing our routines, getting ready to go out on tour,” he says.

Director Individual Eleven, who also helmed the music documentary VerseAtility III: Rewind, says the intent was to make something aspirational. “There’s a storyline in both Tribeca and Grand Agent’s lyrics that stood out to me that if you ‘try’ you can indeed succeed,” he says. “Though the results may be small, large or moderate, it’s the trying that makes all the difference on the world.’

Super Bowl LII fans will notice the song and video’s nod to the Philadelphia Eagles who defeated the New England Patriots this Sunday. Tribeca (@tribecaworld), who is a Bronx native, rhymes, “Yankee fitted on but them Eagles is riding with me.” And Grand Agent shows support for his hometown team, wearing his Philadelphia Eagles beanie throughout much of the video.

The group has been interviewed on ShowOff Radio, Rap Is Outta Control, 96.5 Mixtape, WCBN, WPRB, WRSU, WUSB, Flip The Script Radio, Live in the Cipher Radio Show as well as the Amsterdam News.

Tribeca-Grand represents the essence of all the best hip hop has to offer. The duo includes members Tribeca and Grand Agent. Tribeca is an accomplished MC, producer, songwriter, author and Bronx representative who has worked with Camp Lo, KRS One, Guru of GangStarr, Beat Brokerz and Pharoahe Monch with whom he recorded the ESPN anthem “My Life.” Grand Agent is an MC, lyricist, playwright, visionary and proud Philadelphian who has recorded and toured with Pete Rock, Large Pro, Lord Finesse, MOP, Hi-Tek, Common, Madlib, Smif-N-Wessun, Planet Asia, among others. “Take A Knee” is the first single from their forthcoming album, Sport of the Gods.