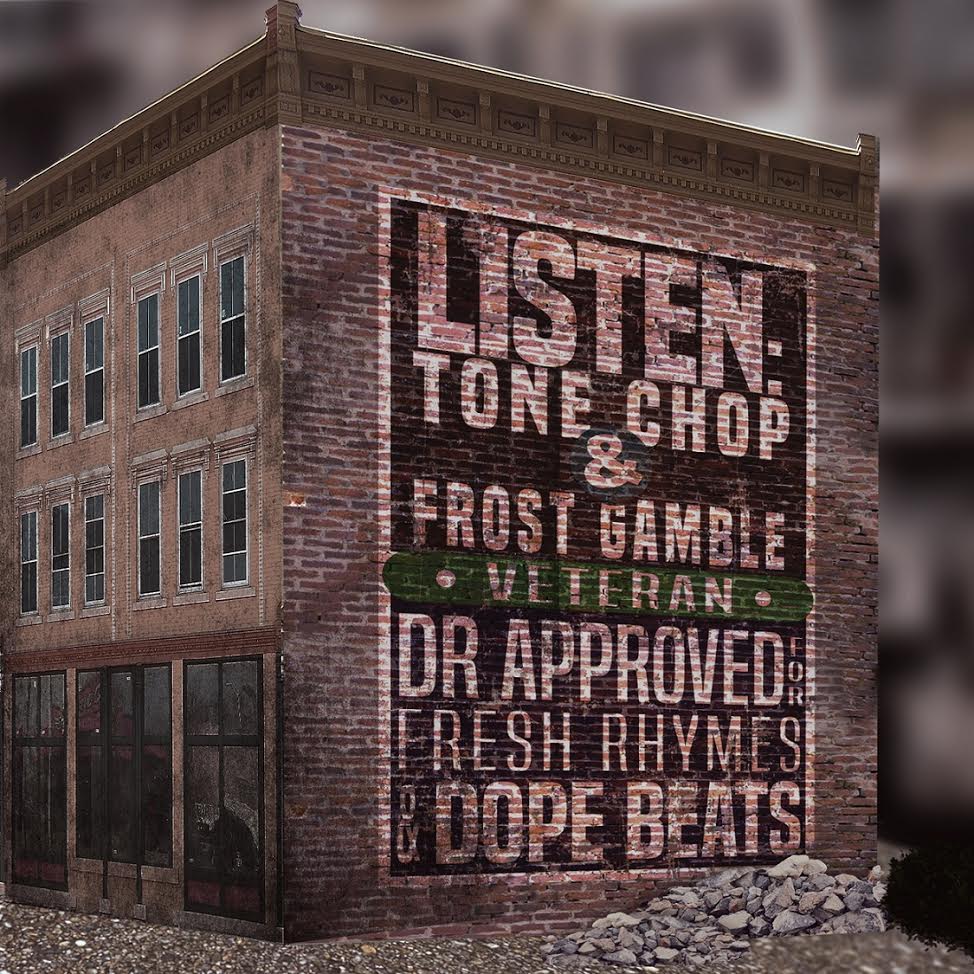 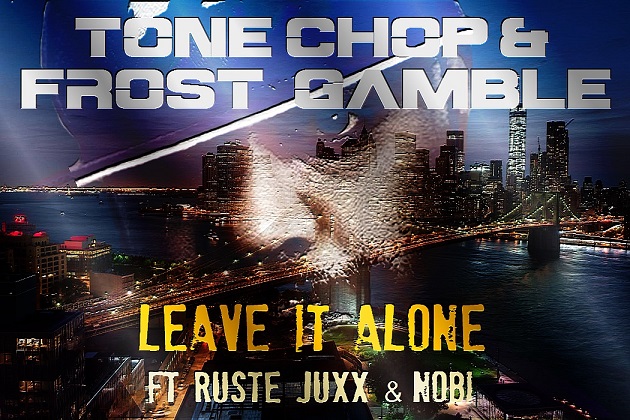 New York State rapper Tone Chop and producer Frost Gamble re-unite after twenty years for the release of their first official collabrorative EP “Veteran” on November 18th.
Once rivals in Binghamton’s rap battle scene during the 90’s, both doubled as beatmakers and their mutual respect for each other’s talents led to an early partnership in tagging, rhyming and battling. So was formed a strong bond which would endure through the decades.
Chop built his name locally by distributing cassettes of 4 track recordings while Frost took time out at college. As part of the group “Binghamton’s Most Wanted”, the rapper released his debut mixtape “Holding Weight” in 2001 followed by the “Best Damn Mixtape” hosted by Russell Simmons’ protege Jinx Da Juvy. A highly prolific decade of multiple solo and collaborative releases followed, including the acclaimed “Chopper City” mixtape series showcasing the “607′ area. While Chop’s focus remained on giving local artists a platform to shine, the third installment in a series of five included “This is NY” featuring St Laz and Tom Gist to represent city and state.
Frost, now based in Canada, returned to beatmaking in 2004. His earlier productions included work with Young Bleed, Sadat X, J-Ro, Doc Ice and Rakim’s son Tahmell on the project “The God’s Son Sessions”. In 2013 he worked on Fresh I.E.’s “Red Letterz 13” winning “Album of the Year” at Canada’s Gospel Music Awards. Earlier this year he provided the beat for ZotheJerk’s “Honey” which appeared on the compilation “God Bless Dope Rappers”. Released by Seven 13 Music & Entertainment, the album also features KXNG Crooked, Kid Vishis, Royce da 5’9” and Horseshoe Gang.
Having travelled down diverse paths over the years, the pair have come together once more with the release of “Veteran”, an EP and early taster of future projects.
The title itself refers not only to Chop’s own journey, but the one taken by hip hop over time, the sonic backdrop provided by Frost adopting a deliberate earthy rawness reminiscent of the Golden Era sound.
Opener “Dedication” is just that to some of the greatest to pick up the mic underpinned by a distinctly creative concept. As Chop reels off a list of legendary names, Frost switches up the beats in recognition of their associated producers. In tracks “Back in the Days” and “Better with Time”, Chop addresses his own evolution in lifestyle and rhyme skills over the decades, while in “Other Shit” he delivers an onslaught of battle raps with featured artist Awful P.
“Leave it Alone” is the duo’s tribute to the late Sean Price who in tragic irony, passed away on Frost’s birthday. Appropriately featuring Ruste Juxx, it also includes bars from Chop’s affiliate Nobi who recorded “Operation Hellstorm” with the Brooklyn legend and Ali Vegas.
The themes are both reflective and progressive. Personally biographical, Chop narrates his own life story while depicting the grind as an independent artist, yet remains refreshingly optimistic for the future due to his relentless perseverence. The release also serves as a commentary on hip hop from a previous age by those who actually witnessed it, while acknowledging the genre’s own progression in line with their own.
Full of lyrical, sonic and cultural reference points, “Veteran” is born of the Golden Era with a sense of the future, and as such, is a snapshot into the mind of its creators.
TRACKLIST
(All tracks produced by Frost Gamble)
1 – Dedication
2 – Back in the Days
3 – Other Shit ft Awful P
4 – Better with Time ft DJ Waxamillion & S.One
5 – One Two
6 – Leave it Alone ft Ruste Juxx & Nobi
7 – Step Up