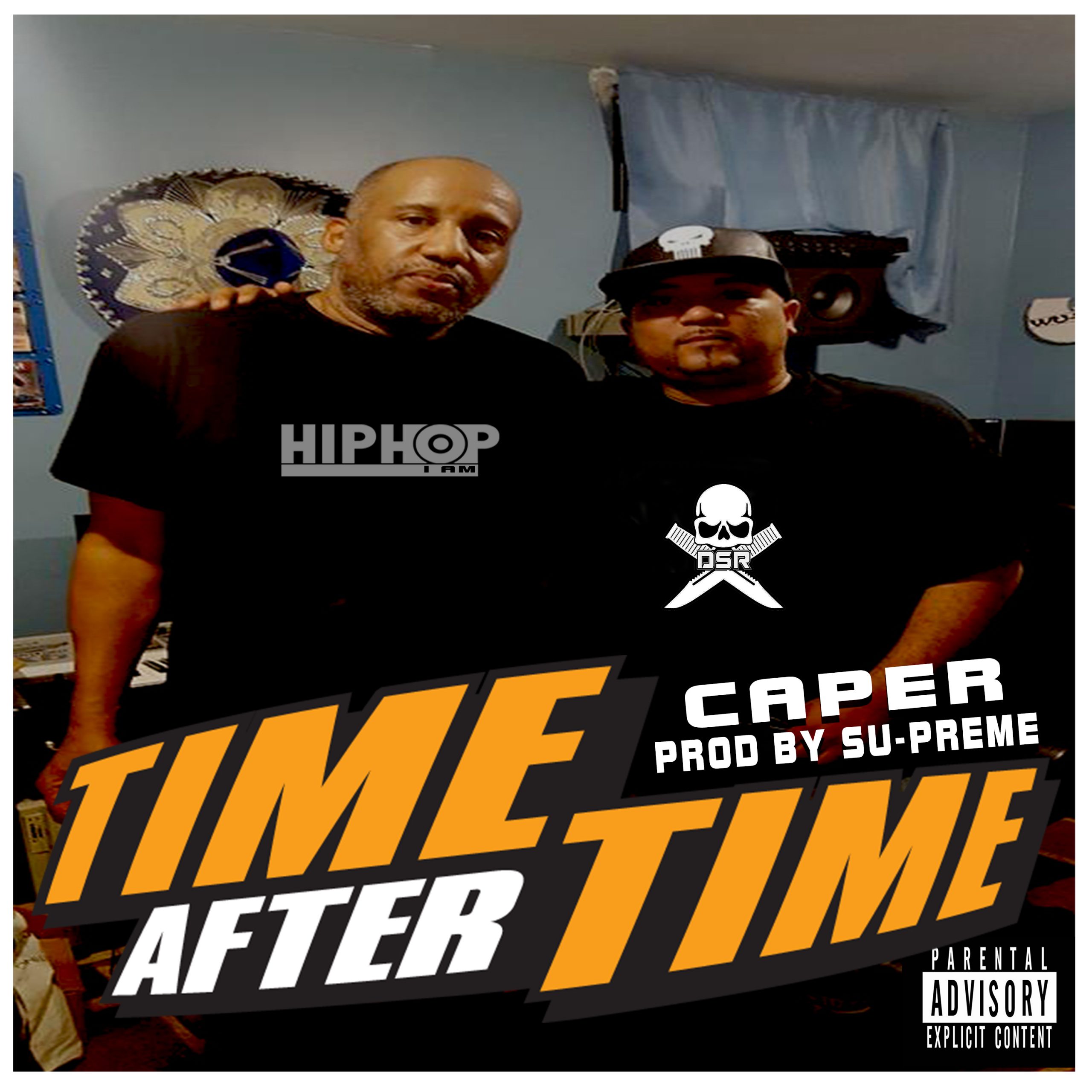 Caper and Su-Preme get together for another dope track. New single “Time After Time” produced by Sunz of Man/Wu-Tang producer “Su-Preme” and vocals by DSR member “Caper”. Take a listen and share. What do you think about the new track?

For immediate release
Bronx, NY – New single by Hip Hop artist Caper delivers raw vocals over a sizzling hot beat produced by Sunz of Man/Wu-Tang Producer Su-Preme. “Time After Time” is the new single during the roughest time period in the world. Caper unleashes his frustrations with the world with his unique style and cadence.

Bio:
Caper is a hip hop artist who has been around since the early 90s, unleashing his creativity and talent in the form of several projects such as his early moniker “Dj Hurricane”, and his work with rap group “Brothers from the moon”.

Crafting tracks under the alias “Gee Dark”, Caper has got a great number of productions under his belt, covering different music styles, ranging from Hip Hop to experimental.