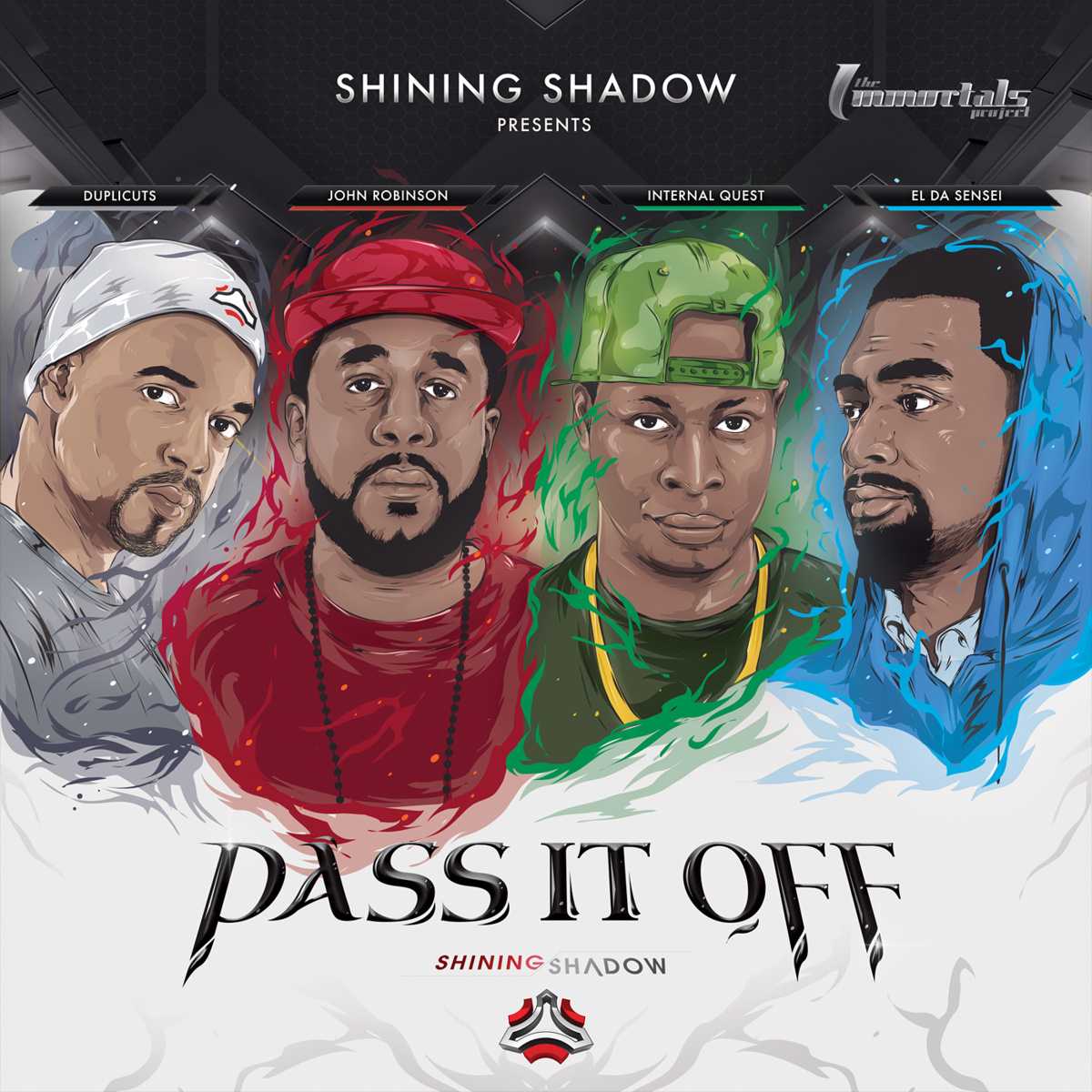 El Da Sensei & Duplicuts who together make up The Immortals Project have had previous videos win prestigious awards (Independent Music Video Awards) and air on esteemed outlets like the one and only Video Music Box. Adding now to the growing video catalog is the visual to their latest single, “Pass it Off”.

Shot and filmed entirely by Art Contra Studio at JSL Recording Studio and Art Contra Studio’s space in Newark, New Jersey, the video showcases the vibrant dynamics between three New Jeru microphone lions like El Da Sensei, John Robinson, and Internal Quest and the song’s producer, Duplicuts. Whether spitting gems in the cipher, recording verses in the booth or encrypting holograms, the video displays East Coast lyrical weapons specialists set to new millennium Boom bap science. The song has them trading lines on the chorus like a game of lyrical hot potato as they flawlessly pass the mic around to one another before blasting off into each respective verse. The relentless onslaught of spit-fire rhymes along with the horn-driven arrangements that Duplicuts let off the leash, makes for the kind of song that goes full-throttle from start to finish.

Says Duplicuts about the video:

“Needing to make something that fit the tempo and vibe of the song, I feel Art Contra did a phenomenal job at capturing the energy between us all. Alleviated Media came through lovely in post-production and of COURSE, my emcee cohorts went in heavy, like no other! Another Shining Shadow banger — I’m proud of this one”.

Available in album/clean versions, as well as free acapella/instrumental versions for remixers and Dee Jays, the song is now available from the Shining Shadow Music Store so get on it!!