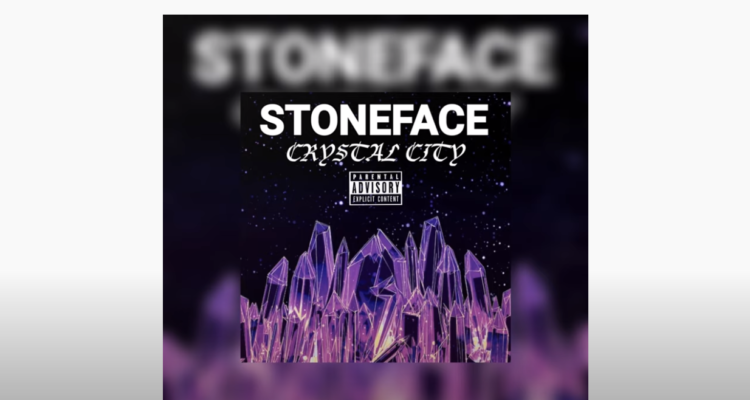 North Philly’s rhyme-architect, Stoneface, follows up his LP “The Stone Age” with a self-produced single, “Crystal City”.  Stoneface is delivering this loosie while putting the finishing touches on his debut group album with Black Market Militia’s William Cooper, slated to drop in the near future.

Inside the most sought-after precious stones and crystals reveals a fiery story of creation, molding, and ultimate brilliance.  After providing an audio expedition into the origin of many of these beloved stones on his debut album, “The Stone Age”, North Philadelphia rhyme-architect, Stoneface, returns to open another Stone Age dimension with his new single “Crystal City”.

The Stoneface produced backdrop sounds off war trumpets while Stone booth-boxes the roots-reggae style bass line building an entire city made of crystal with each diamond-dusted bar delivered.  Produced, recorded, and mastered at Stoneface’s Messiah Music Studio in Philadelphia, Pennsylvania, “Crystal City”, embodies the essence of home-grown grass-roots hip-hop, hunger, and aggression. Stoneface spoke about “Crystal City”, declaring, “As the neighborhood kids grow into maturity, stones and crystals do the same.  Some even become priceless.  I have built Crystal City with sophisticated, fire-tested stones cultivated from my personal experiences. Crystal City is powered by wisdom.”

“Crystal City” is available now on all streaming platforms via Gemstarr Regime Records.  Furthermore, Stoneface and William Cooper of Black Market Militia are currently in the studio working on their debut group album as the Eloheem Team, which is a full-length project slated to drop soon.  Until then, look out for more rare loosie releases by the Gemstarr Regime Family.