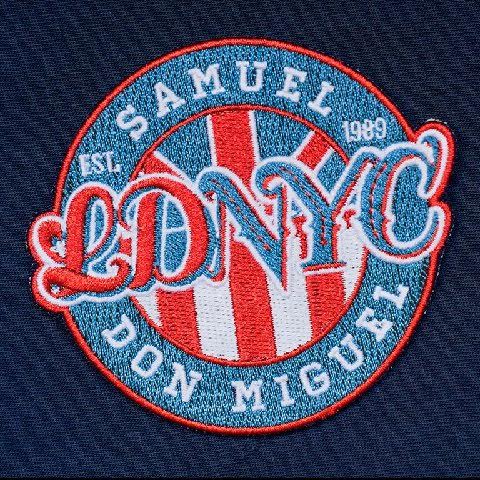 Don Miguel is an undeniably dope Hip-Hop producer from Long Island, NY, with extensive experience as a session musician. Hot off the release of his well-received debut, Waiting For Carmine, an epic listen that boasted appearances from the likes of Guilty Simpson, Percee P, Rapsody, Boldy James and ST 2 Lettaz, Don’s debut caught the attention of Heems (formerly of Das Racist) and the two have since been hunkered down in the studio working on their first collaborative project which will be released on Heem’s own Greedhead imprint.

Before the world hears that collaborative project, Don Miguel presents his latest offering, LDNYC (London To NYC), his new project with London emcee, SamueL, and Don laced SamueL with some of his best beats to date.

After connecting via the web, SamueL and Don Miguel began collaborating from either side of the pond, fostered by both of their burning desires to create, complete and compete. Finally meeting in person only strengthened the duo’s bond and chemistry, with SamueL flying out to NYC, as the pair spent an entire summer recording LDNYC in Don’s studio. The end result is a pair of unusual suspects successfully putting together an outstanding hybrid of 2 of the world’s essential cities, doing both the Hip-Hop genre and their respective hometowns proud.  SamueL delivers his many moods and moments over 19-stellar Don Miguel soundscapes; and the London spitter shows that he’s happy being himself and of course, that he’s here to stay.

LDNYC is entirely produced by Don Miguel and features guest appearances from Blaq Poet, St 2 Lettaz and Uptown XO (among others) and today the duo releases the first single, “Killin’ It,” featuring Blaq Poet from LDNYC.