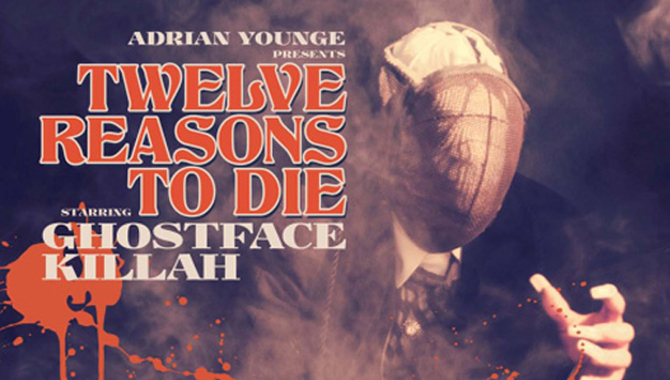 We know this is old but come on this is still an Epic album and the visuals are so Ill it’s no wonder why Tony Starks still killing the game. After this drop Ghost blessed us with 36 Seasons which is another dope epic raw album. The production and theme are timeless and continue to grab the listeners ear anytime you play it. If you haven’t brought this album then you bugging out lol. Me personally I have it on cd, vinyl and other stuff I ordered that I consider collectors items.  Every beat is sick and once Ghost lays the lyrics you already know he dropping them nasty gems on everybody. In an era where it increasingly seems like rap albums are being rendered obsolete by mixtapes, this tightly focused, wildly entertaining collaboration between two master craftsmen is a testament to how powerful the form can still be. Ghostface loves to play out on his concepts and now has Adrian Young helping him to create his works. This story involves many characters and ideas which Ghostface incorporates flawlessly. One word of advice for this record is to listen to it from beginning to end. Take in the story and understand his concept What do you think of this album? Share your views.

If you haven’t already Brought this album Here are the links: