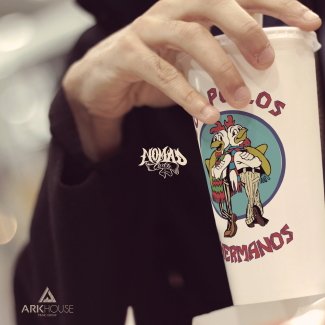 Thanks to benchmark releases from Kendrick Lamar, Drake, and Kanye West, hip-hop has restored its once prominent ties to the music of Jamaica. Nomad Carlos is one of the only hip-hop artist from Jamaica, creating music fused with the cultures of Reggae and Dancehall. “What’s more authentic than me doing it?” offers the veteran artist. “Not to sound cocky, but I’m truly from there.”

Listening, let alone making hip-hop is not the norm in Kingston. At the age of five, when the Miami, Florida-born MC named Damon (“Nomad” spelled backwards) moved back to his parents’ homeland, he absorbed the world around him. Living in the capital city’s Uptown section, and schooled in one its poorest ghettos of Downtown Kingston, Nomad Carlos was a student of the game; both in and out the classroom—merging Jamaican’s own Reggae and Dancehall compositions with the American art form and applying it to his very unique surroundings.

As one of the only working hip-hop artists from Jamaica, a decade later (and with several projects already under his belt) Nomad Carlos has proved that his vision was in fact crazy innovative.

Now focused on his new upcoming full-length LP, Distants, (which will be released on 4-28-15) Nomad Carlos releases the first-single, “L.P.H.” (Los Pollos Hermanos) from the project; which takes a concept from “Breaking Bad” and cleverly flips it on its head.