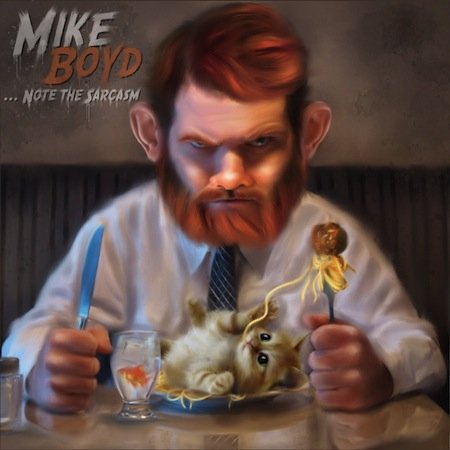 Mike Boyd is an emcee and lyricist from Enfield, Nova Scotia and has spent the better part of the last few years joining his brother, Classified, on stage and touring the world.     More recently, Mike stepped out from his brother’s shadow with the 2014 release of his …Note The Sarcasm album (via Halflife Records/Universal) which includes features from Classified, Shad, Madchild, Kayo, D-Sisive and Naledge.

The animated South Park-inspired music video for “Bush League,” (created by Boyd himself), tells a story of how Boyd was goin’ for the pros, but ended up “playing in the Bush League,” after he meets a woman he describes as “a masterpiece,”, who he invites to his place for drinks and weed. When one thing turns into another, he’s surprised by this “masterpieces” hidden secret, which he refers to as her “70s fur.”

When asked how he developed the concept for “Bush League’s” video, Boyd said, “I always thought the song reminded me of a South Park episode, but I didn’t think there was a cheap way to make a ‘real life’ video for the song topic,” he explained. “So I taught myself animation and made the video.”