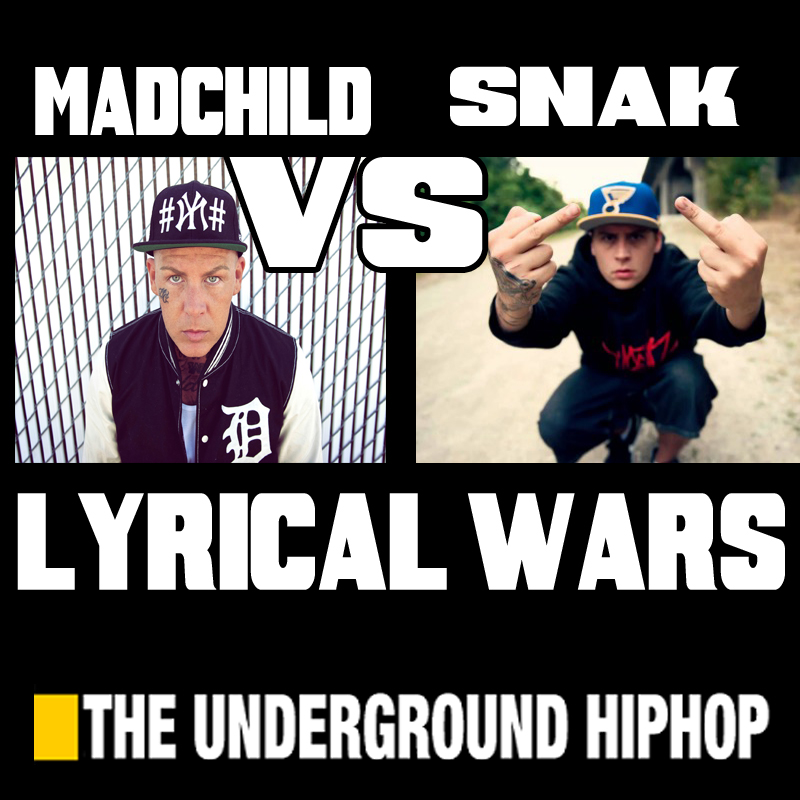 MADCHILD VS SNAK THE RIPPER

Snak the ripper rips into mad child inciting a whirlwind of controversy in his most recent release of “Assisted Suicide” following a seemingly careless and very short lived tweet. The mood set by voice recording of what appears to be Mad Child’s dismissal of a recent tweet that, in it’s Short existence, stirred up a hornets nest of controversy.

Snak The Ripper unleashes with “you just stepped in a puddle and I’m a spark of electricity” and his energy flowed though out the remainder of his verse lethally much alike it would in said puddle. Unleashing allegation after allegation topics ranged from Madchild being feminine to accusations of drug use, and sex with underage groupies. While leading off with “I don’t do this for publicity” Snak does cleverly reference “getting more shine then a solarium” so is this a publicity stunt or simply Snak speaking his mind to a once friend? It’s hard sometimes to judge such things accurately..

However Madchild would surely disagree about the merits behind Snaks actions. His recent release of ” the Funeral”  doesn’t do a lot to save face against the verbal onslaught brought by Snak The Ripper. Instead it’s like he goes down the list given providing his answer for certain points like allegations of drug use. The energy level was not the same nor was the lyrical complexity. In the end I was left feeling disappointed in what Madchild had brought to bear in fight.

From many out side perspectives this is the elite of the hip hop community showing their prowess. As each side flexes lyrical might to insight fright in their newly proclaimed adversary. The world watches to see it all unfold before their eyes, as this will help establish the hierarchy going forward who will reign supreme in the region will it be Madchild and BaxWar or will it be Snak The Ripper and the Stomp Down Killaz?

The one main point I would like to say is  that in my opinion anyone who decides to make a disparaging statement (especially over the Internet) should be willing to stand by it, and not retract it. The simple act of posting a tweet and then pulling it down a few minutes later, irregardless of the aftermath in my opinion is bitch made. This is a prime example if you ask me of “don’t start something you can’t finish.”

Maybe that’s just me tho….