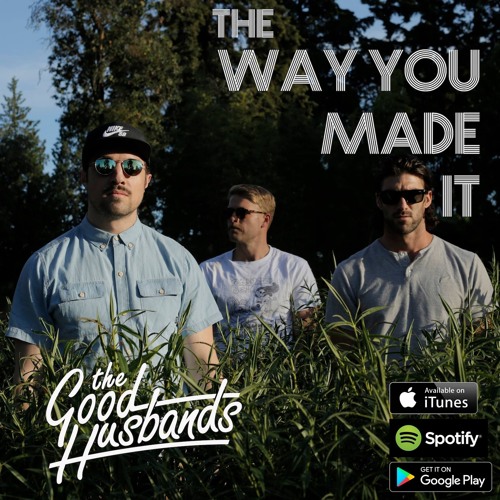 The Good Husbands – The Way You Made It

The Good Husbands are an alternative hip-hop group out of the San Juan Islands. They’ve been in Seattle the last few years doing shows around the greater North West, working on their debut EP, Staycation which they released last January. It’s been streamed over 500,000 times and has earned them 34,000+ monthly listeners on Spotify. Their latest release called “The Way You Made It” is off their forthcoming project, which remains untitled. The guys have preformed along side Mike Posner, The Nappy Roots, Zion I, and Seattle’s own Blue Scholars and Sol, just to name a few. With 3 emcee’s and two in-house producers, the guys have a wide range of influence that really shines through in their music. A lot of their production is piano and guitar driven, and is often categorized as “feel good’ or ‘good vibe” hip-hop. Appreciate your time!