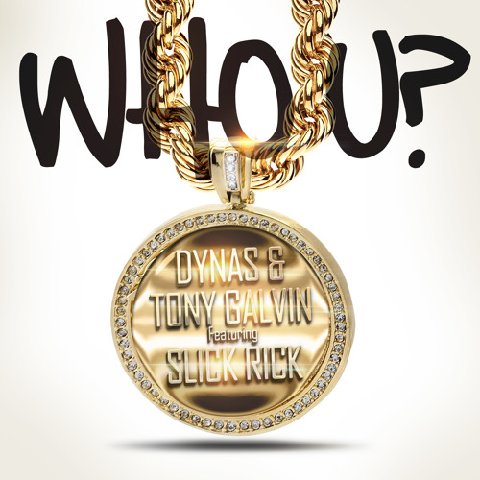 Fresh off his appearance on DJ EFN’s recently released Another Time LP, former Rawkus and BBE signee Dynas trades “Great Adventures” with the one and only Slick Rick on “Who U?” which was premiered today by Ambrosia4heads.com.

“Who U?” is the second leak from Dynas & Tony Galvin’s Big & Tall LP, and continues the theme as Dynas collaborates with yet another legendary icon (Dynas’ The Apartment LP on BBE included production from Dilla, Illmind, DJ Jazzy Jeff, S1 & DJ Spinna)

Similarly, Tony Galvin has been plying his trade as one of Miami’s go to producers, as he has produced tracks for T.I., Jeezy, Snoop, Mystikal, Trick Daddy and as a member of Basic Vocab; and has had his music featured in numerous movies and TV shows, including Entourage, Any Given Sunday, Southpark: The Movie, Harold & Kumar Go To Whitecastle and ESPN (30 for 30).

Dynas & Tony Galvin’s (who handles all of the production) Big & Tall LP will be released in May 2015.