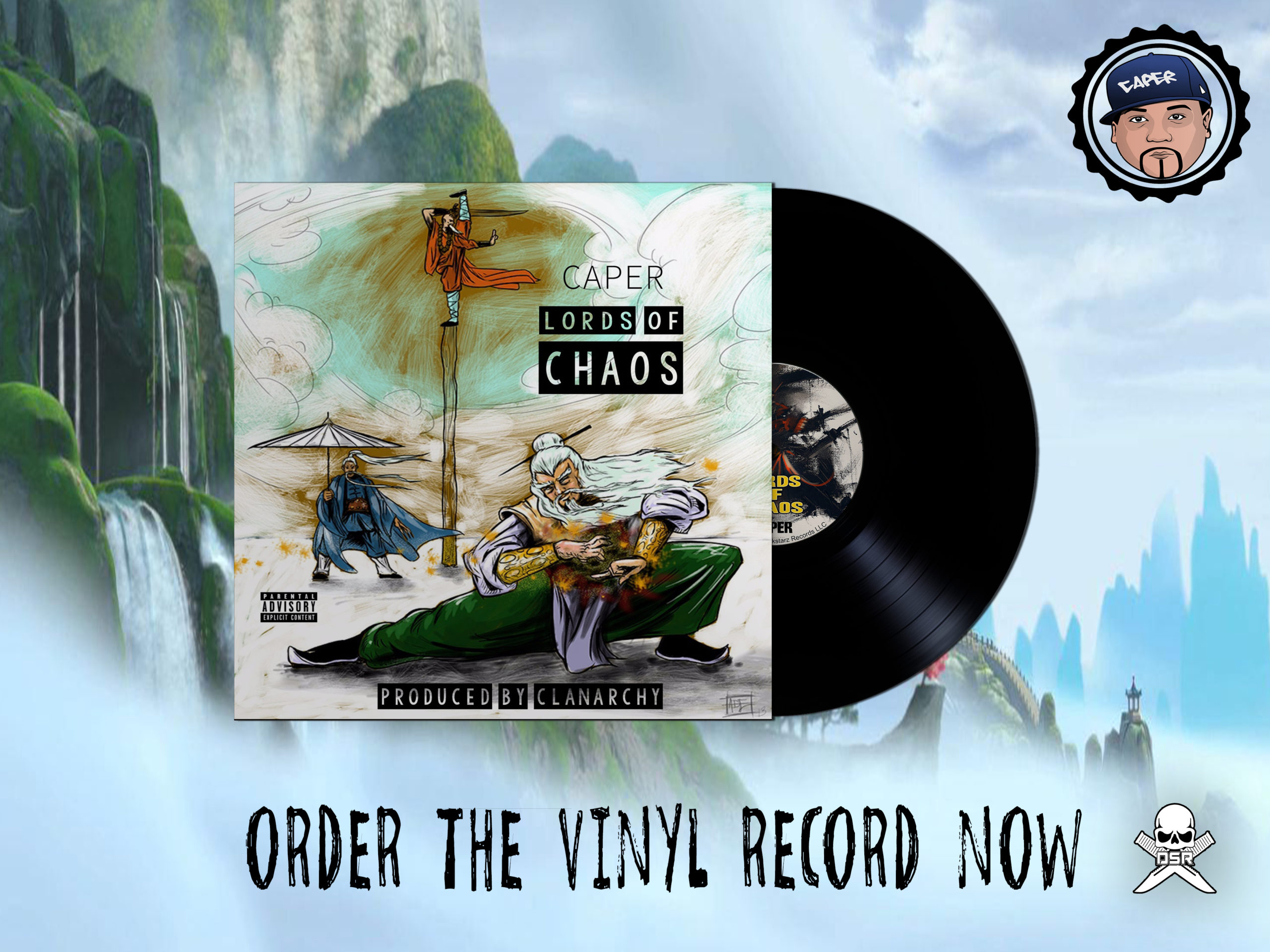 The album is available on all music platforms digitally and as a limited pressed vinyl record. Take the journey into Capers mind.

You can order the Vinyl album here https://darkstarzrecords.bandcamp.com/album/lords-of-chaos